What's the Difference in a Bank and a CU?

Details
Written by Will from Holland
Category: Modules 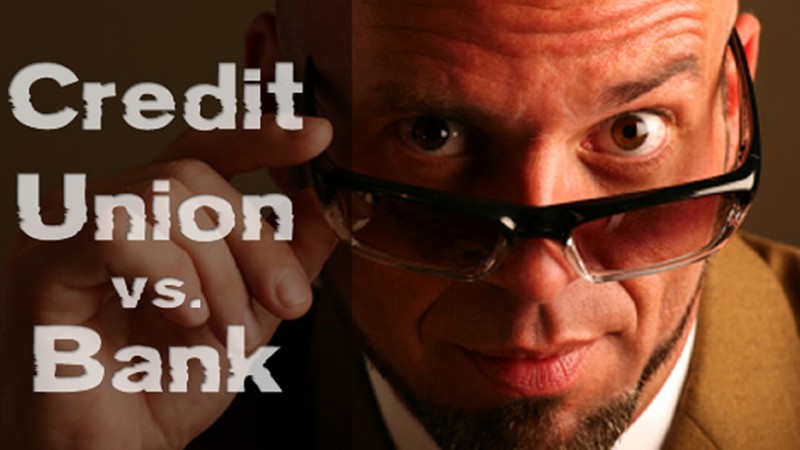 Hey, since the FoolProof team is made up of consumer advocates, and since FoolProof is partially funded by credit unions nationwide, we don't think it's fair of us to tell you what we think are the differences in credit unions and banks. Our opinion would definitely be very different than some other opinions.

And remember: consumer advocates can be as biased as anyone else.

So it's your job to decide which opinion seems most accurate to you.

Because credit unions are "not for profit," they don't pay taxes. And the banks don't like that fact one bit.

The FoolProof Team believes that most consumers at one time or the other should maintain a relationship with a credit union and a bank.

Do Your Own Research

But to help you decide which is right for you now, do your own research! Use the web to search for articles on the differences in banks and credits unions.

Here are some good topics to search:

Remember what we have said in virtually all the FoolProof modules?

You are the person in charge of your financial life, and you are responsible for the consequences of your decisions.

So, make your decision on your first financial partner a thoughtful decision. Since both banks and credit unions offer virtually the same products and services, your decision needs to be based to some degree on which will do the most for you as you start your financial life.

Scammed with Your Payment App

How Do You Teach Your Kids to Save Money?

What You Need to Know About Amazon Sidewalk

Want to Be an Entrepreneur?

Vishing Is On The Rise. Don't Get Caught!

Job Hunting? Avoid Getting Scammed with These Tips

If You Have Debt, You're a Target!

Watch out for Covid-19 Vaccine Scams

Looking for Tips to Manage Your Debt?